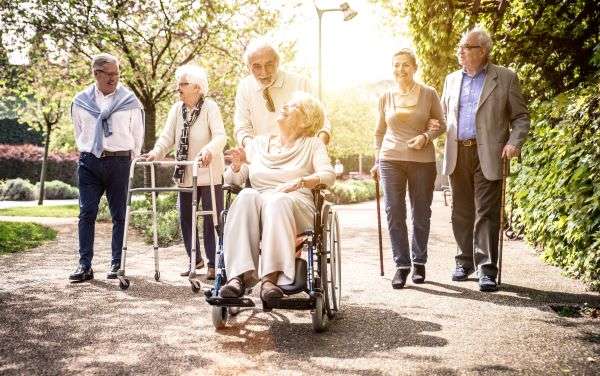 There are two documents everyone needs in their estate plan:  The Durable Power of Attorney (DPOA) and a Health Surrogacy or Advanced Health Directive. Both documents are used when for situations where you can’t make decisions for yourself. If you don’t have one and you’re reading this article, it’s time!

A Durable Powers of Attorney (DPOA)

These documents are written authorization to represent or act on another’s behalf in private affairs, business, or legal matters. The person authorizing the other to act is the principal or grantor. The person given the power is usually called the agent or attorney-in-fact.

There are two types of Power of Attorney:

If you live in a “Springing POA” state and move to a “Durable POA” state, the document is treated as a Durable Power of Attorney – the agent can act without your consent. Think long and hard about who you trust to be your agent (family, friends, or professional agents). Further, have two – an alternate can step in if something happens to your first choice.

Buzz Aldrin is the second man to walk on the moon and a Florida resident. His son had a Durable Power of Attorney (DPOA) and, along with his sister, attempted to take control of his foundation and money. Buzz is single and a magnet for women. His kids benefited from the family name all their lives and were nervous that Buzz’s “latest love” might marry him and take the money. To “preserve his assets,” the son began to use his DPOA to transfer assets from  Buzz’s financial investments and foundation into accounts owned by him and his sister.

No consent was given by their father.

Buzz Aldrin is an American hero – besides serving his country in combat in the Air Force, being a test pilot, an astronaut, and the second man to walk on the moon, he started a foundation to promote STEM awareness. Now, his children were attempting to take his lifelong legacy. They accused him of not having testamentary capacity, and it all played out in the very public court system. The good news — the Court found for Buzz.

This document is called many things – Power of Attorney for Health, Designation of Health Surrogate, or a Living Will. No matter the title, what you’re doing is appointing an adult to make healthcare decisions for you when you can’t make them for yourself. When you’re in an accident, unconscious, or injured and need a specific medical procedure, the surrogate steps in.

What Can Happen When You Don’t Have a Health Surrogacy

Perhaps the best example of why this document is so essential is the nationwide case of Terri Schiavo, a Florida woman who was in a persistent vegetative state for 15 years before her death on April 26, 2005. Terri Schiavo suffered a cardiac arrest caused by hypokalemia (low potassium) induced by an eating disorder on March 23, 1995.

After two and a half months without improvement, she was diagnosed as being in a persistent vegetative state. For the next two years, doctors attempted occupational therapy, speech therapy, physical therapy, and other experimental therapy, hoping to return her to a state of awareness – all without success. In 1998, Schiavo’s husband, Michael, petitioned the Courts to remove her feeding tube pursuant to Florida law. He was opposed by Terri’s parents, Robert and Mary Schindler.

The court determined that Schiavo would not have wished to continue life-prolonging measures, and on April 24, 2001, her feeding tube was removed for the first time, only to be reinserted several days later. For the next four years, Michael Schiavo and the Schindlers spent precious time and money opposing each other in Terry’s right-to-die case. Even President Bush (2) got involved when he agreed to transfer the case to the Federal Court system. Finally, a federal appellate court upheld the husband’s desire to remove the feeding tube, and the US Supreme Court chose not to hear the case. That cleared the way for the feeding tube to be removed, and Terri finally died. The lack of an Advanced Health Care Directive allowed many lawyers to make a grand profit!

The opposite scene played out when Luke Perry suffered a major stroke at 52. Like many in the movie industry, he had a blended family, an ex-wife, two adult children from his first marriage, and a fiancé with whom he had lived for 10 years. They were all at his bedside when the doctors diagnosed him as brain dead and turned off his life support system. They were able to hug, kiss, and cry together without any argument. Why? Mr. Perry had made the decision for them in his Advanced Health Care Directive.

If you’re in your 60s and still don’t have a legal document stating what you want to happen when you’re incapacitated, I suggest you call your attorney today. Your family, close friends, and healthcare professionals should know how you feel about end-of-life treatments and have instructions regarding different scenarios and how you would like them handled.

If you are thinking about powers of attorney and who to designate as a financial or healthcare agent to make critical decisions on your behalf, please reach out to me at Parent Your Parents in Miami, Florida. You’ll have peace of mind knowing your family understands your wishes and what to do in an emotional situation. Whether you live in Florida or not, I am a senior advocate who helps point you in the right direction when making life-or-death decisions. Contact me, Frances Reaves, for a free consultation and elder law support for multiple senior concerns all in one place. If you prefer, you can call 786-418-3303 or email me at info@parentyourparents.com.