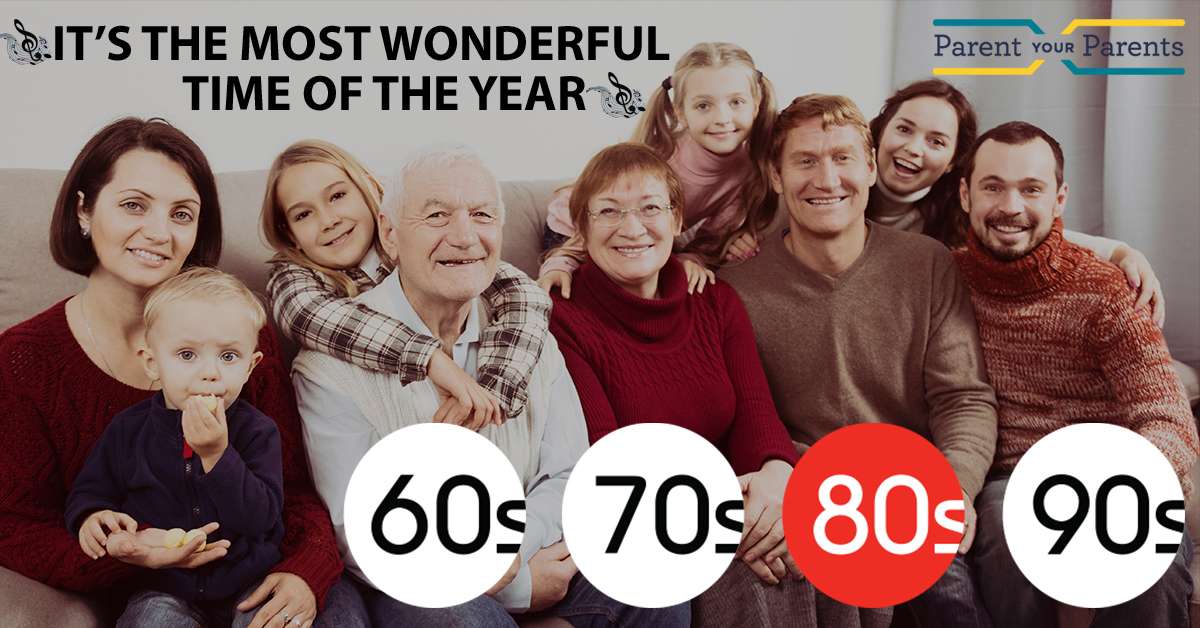 🎶IT’S THE MOST WONDERFUL TIME OF THE YEAR🎶  sings Andy Williams in his iconic holiday song.  Yet for many seniors it’s the worst time.  They no longer have family or friends with whom to celebrate and loneliness is heightened during the holidays. Why?

In some cases, there is no family, you are alone and choose to be alone.  OK!  In some cases, the family leaves in another part of the country or world  . . . which begs the question,  can you get there?  Is it a matter of money or will?   Whatever the reason, we need to ask, is there a solution?  I say yes, “just do it.”  One of my few regrets with my Father was that I didn’t hire someone to be his “babysitter” at my nephews wedding.  Every time I look at the family  wedding photo, he’s missing.

And why are Holiday parties segregated by age?  Where did this “self selection” of “I’m too old” come from?  Why do we have “senior” parties without DJs?   Why is the mind-set that seniors aren’t “partiers” anymore?  Maybe it’s because the Greatest Generation had this idea that along with retirement came a sense of decorum  . . . that we can’t be wild and crazy at 80  . . . or 90.  That has to change!

My favorite holiday party this year had a guest list that spanned from 22 to 95.  The 95 year old, came in said hello to his hosts and went and sat on the couch.  Different guests, me included,  sat next to him and visited.  It’s true he’s more forgetful but in the moment he’s engaged and wonderful!  His wife, 85, was making the rounds..  The 22 year old and their friends were in the basement pouring shots into the luge!   I was both a pourer and a partaker.  One of my luge partners was in his 80s!  The DJ started playing dance music at 9:30 and NONE of the seniors had left.  It’s true the younger crowd stayed till 2 am but we all know nothing new happens after midnight so we stayed until 10:30  . . . late for us!

I remember when Dad was a guest of Congressman Elijah Cummings to the opening of the World War II Memorial in Washington D.C.  At the time, he was in his mid 80s.  We went to the Bird’s Nest Bar in the Willard Hotel and Dad started drinking Martinis.  There were re-enactors throughout the bar and all of them engaged my Father and he kept toasting!   We walked about a block to Old Ebbit’s Grille and Dad kept drinking Martini’s.  Five total and all “up with olives”!    We then walked back to the hotel and he never once stumbled!  (I did!)

Baby Boomer’s are in charge of becoming senior boomers!  I think we need to take the word Boomers and become the explosive senior generation.  I want our parties to include the latest generation, and  I expect to be invited to your parties and I expect a DJ and I will dance!  I will also go home at 11 pm – latest!!!