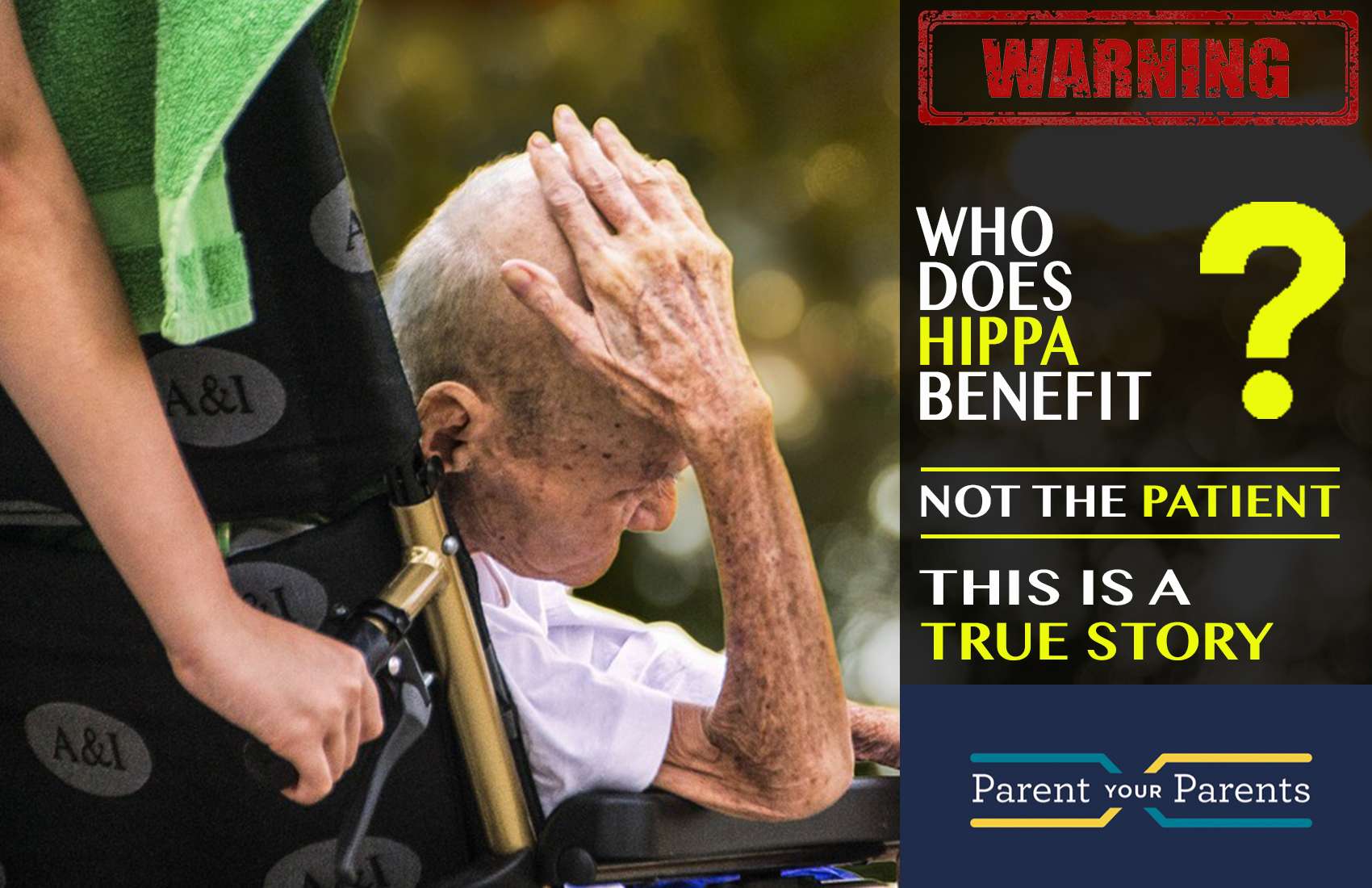 HIPAA, the Health Insurance Portability and Accountability Act of 1996 is legislation that provides data privacy and security provisions for safeguarding medical information.  That’s not all it does  . . . it also gives  hospitals, doctors, rehab facilities an excuse to render medical care however they wish.

I just witnessed it first hand.  My client, an 83 year old lady, suffers from COPD, Congestive Heart Failure (CHF) and kidney disease.  She had been under the care of a Cleveland Clinic pulmonologist who had her on two very new and expensive medications.  She was doing fine.  She had in-home care and loved her IPad on which she played bridge and watched Netflix movies.

On May 3rdshe fainted and the aide called 911.  They took her to a hospital and discharged her into rehab and that’s where the nightmare began.  The rehab put her on very different medications for her COPD and CHF. I took the medicine list with me and showed them what she had been taking.  They couldn’t have cared less.  They changed up her medication and she was now taking ‘television drugs’ (the ones advertised like Spiriva and Symbicort).

I called her pulmonologist and spoke to his nurse and informed her of the situation.  The nurse told me there was nothing they could do.  For the next 13 days rehab kept her their medical regimen. Upon discharge to her home, they sent no medication with her and said that the “in-home” nurse would order what was needed the next day.   Three days later, 911 was called again and she went to a completely different hospital. They started their own course of medication.  Again I showed them the list and although they added one of the two COPD drugs her pulmonologist prescribed, she was not on the second.  Again I called the pulmonologists office  . . . again they could not interfere citing HIPPA.  I reminded them I could speak for their patient but was told that HIPPA prevented them from sharing information.  After 4 days in hospital #2 she was discharged home and within 72 hours back in a THIRD hospital.  This time it was Cleveland Clinic where her pulmonologist had an office. Again I called his office and was assured that they were on top of the situation.  Yet, the hospital called me when they couldn’t find the list of medications she was taking.  (I had already given it to the pulmonologist.)  Again, I had to send in the list of her medications to her Hospitalist.

HIPPA is not protecting our medical privacy, it’s an excuse for not sharing life-saving information.  Think about it, each time my client went to a new hospital, they did the same barrage of tests, came to the same conclusions yet, instead of calling the previous hospital or her doctor, used their own course of treatment.

From May 3 to June 12 my client was shuttled from hospital, to rehab, to home, to hospital to home and back to the hospital. The medications given were prescribed using each hospital tests and although I followed her to all these places with her medical records and pharmaceutical prescriptions, no one cared. That is why she passed away on June 12, 2019.

Here’s how I see it – Medicare pays for those repeat tests so the hospitals will do them!  Secondly, it’s too much trouble to “read” other hospital notes.  Thirdly, each hospital has its own electronic records system and they don’t talk to each other.  What no one is asking is “what’s best for our senior patients?”  It’s all about what’s best for our bottom line. This is senior exploitation — we’re calling it HIPPA protection.