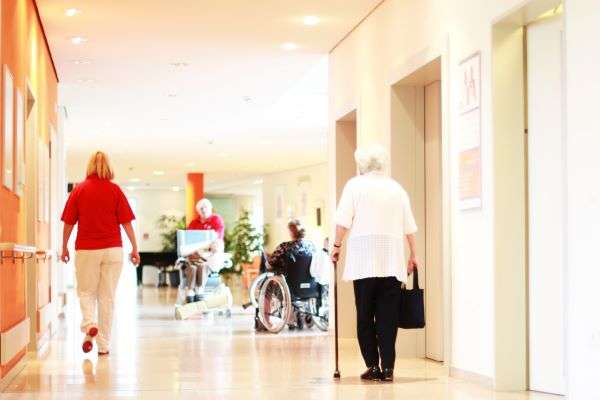 Kaiser Health News (KHN) and AARP are great at espousing policy but ask them for “boots on the ground” assistance, and they refer you to a government agency. The last article from KHN, written by Judith Graham and published in the Miami Herald on November 6, 2022, after Hurricane Ian landed, is titled Rethinking How Seniors Can Survive A Storm. It illuminates how abhorrently our elders (nee Seniors) are treated in natural disasters by government agencies. The truth is that the sentence above can read, “how abhorrently elders are treated under any circumstances,” as natural disasters are newsworthy reminders of how our culture forgets and mistreats elders.

The most laughable quote came from Jeff Johnson, AARP’s Florida State Director. It was the last sentence of the Miami article, “All of us are thinking now that communities can’t be age-friendly or dementia-friendly if they’re not disaster-resilient, and everyone who’s been through Ian will be more vigilant because people have been scared straight.” WHOM IS HE KIDDING? How will the elders’ treatment after Ian differ from their treatment in previous natural disasters?

In August 2017, Hurricane Harvey made landfall northeast of Corpus Christi, Texas, and traveled north to Houston as a slow-moving Category 4 hurricane. The photos of elders helplessly caught in facilities and nursing homes were all over the internet. The worst was eight women waiting at an Assisted Living Facility (ALF) to be rescued as the floodwaters rose to their waists or higher. They survived, thanks to their resiliency.

One month later, Hurricane Irma hit near Cudjoe Key, Florida, as a Category 4, and ravaged the surrounding area (Miami and Ft. Lauderdale included), went back to sea, and made a second windfall at Ft. Myers on the West Coast as a Category 3. Thousands of South Florida elders found themselves trapped in healthcare facilities, affordable housing apartments and planned retirement communities without access to elevators, air-conditioning, telephones, and for some, lifesaving medical devices.

The worst disaster from Irma was the death of 14 residents at the Hollywood Hills Rehabilitation Center, 12 of which were ruled homicides. This 150-bed facility lost power and allowed its residents to die of hypothermia, with their body temperatures reaching 107 to 108 degrees before death. The worst travesty, they were less than 100 yards away from Memorial Regional Hospital.

In the wake of Hurricane Irma, Governor Scott (finally) signed an executive order requiring any assisted living facility or skilled nursing facility with fifty beds or more to have backup generators and the ability to run air conditioning with generator power for four days.

Florida has more hurricanes than any other state in the nation and the largest population of elders, yet, we’re “surprised” that they are the majority of deaths in Hurricanes. One hundred fourteen people died in Hurricane Ian. Two-thirds were over 60, and 30 of them were over 80. Where was the response? If these were children under 12, the response would be very different.

Hurricane Ian makes landfall on Florida’s west coast, and we’re finally “scared straight”? What were we after Harvey, Irma, and Katrina? In all instances, the majority of deaths were in the 65-and-over population.

If we want to treat our elders better, why do we depend on the government? There needs to be statistics illustrating their efficiency during national disasters. We need to look to our infrastructure providers. They have the means, technology, and information to devise solutions to assist our elders and other disenfranchised classes. They have the data for our age, health situation (dialysis and oxygen need electricity), financial capability, and the generators’ location. Between our fiber, electricity, and phone companies, they can create “disaster teams” trained to save our elders and others in natural disasters. They will know who, what, and where the most vulnerable people live and can plan how best to keep them safe.

Let’s create a plan, implement it, and ensure no elder is dumped at a football stadium where people abuse and steal. (Remember the Superdome during Hurricane Katrina?) Create centers for the vulnerable and elders … not for the general population. As the New York Times reported in their recap of Hurricane Ian on 10/21/22, many Elders had lived through other Hurricanes, and their experience with shelters was negative. They had faced abuse, stealing, dirty bathrooms, lack of care, etc. – it is no surprise that their home is the preferred place in a hurricane, mainly if they’d survived prior hurricanes in their house. Still, would we allow children to “shelter in place”? If children without parents needed shelter, would we place them in a stadium with the general population … no!  No one wants to drown in a hurricane; let’s call Florida Power and Light (FP&L), AT&T, and Comcast and begin to find a solution. No more policy statements … let’s get it done!

We hope you found this article helpful. Please contact our office today at (786) 418-3303 and schedule a consultation to discuss your legal matters.