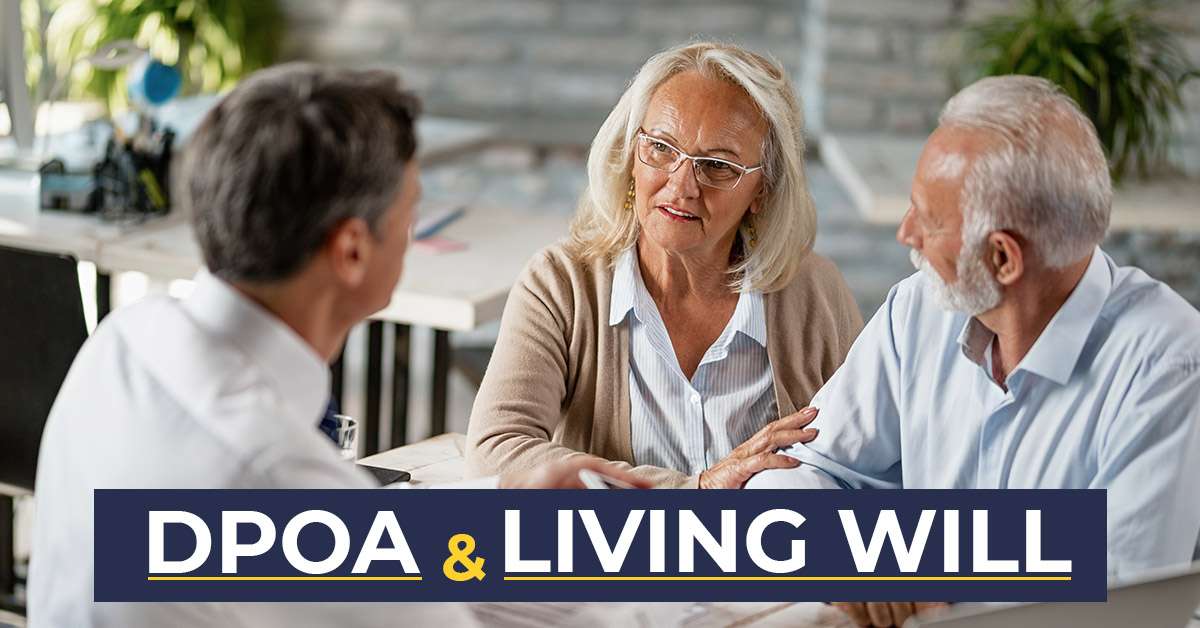 There are two documents everyone needs once they are adults.   The Durable Power of Attorney (DPOA) and an Advanced Healthcare Directive/Living Will. These documents are used when you’re in a situation in which you cannot make decisions for yourself.  If you don’t have one and you’re reading this article, it’s time!

A Durable Power of Attorney (DPOA) is a written authorization to represent or act on another’s behalf in private affairs, business, or legal matters. The person authorizing the other to act is the principal and or grantor.  The person given the power is usually called the agent or attorney-in-fact.

There are two types of “Power of Attorneys:”

Buzz Aldrin, the second man to walk on the moon, and a Florida resident had to fight his own family because he trusted them.  His son, his DPOA, aided by his sister, attempted to wrest control of his foundation and money.  Two of his three children had used the Aldrin name for their own gain and were nervous that his “latest love” might marry him and become a beneficiary. The son/agent began to use his DPOA status to transfer Colonel Aldrin’s assets into accounts titled in his name.  Colonel Aldrin, an American hero, had to fight them in very public court battle which he won.

Advanced Directive/Living Will:  This document appoints an adult to make healthcare decisions for you when you’re unable to communicate your needs. If you’re in an accident, unconscious and need a specific medical procedure, the surrogate steps in.

The best example of why this document is so important is the nationwide case of Terri Schiavo, a Florida woman who was in a persistent vegetative state for the 10 years before her death in 2005.

Terri Schiavo suffered a cardiac arrest on March 23, 1995.  After two and a half months without improvement, her diagnosis was changed to that of a persistent vegetative state. For the next two years, doctors attempted many types of therapy to return her to a state of awareness – all without success. In 1998, Schiavo’s husband, Michael, petitioned the Courts to remove her feeding tube.  He was opposed by Terri’s parents, the Schindlers. For the next four years, Michael Schiavo and the Schindler’s spent precious time and money opposing each other in Terry’s right-to-die case.  Even President Bush (2) got involved when he agreed to transfer the case to the Federal Court system.  Finally, a federal appellate court upheld the husband’s desire to remove the feeding tube and the US Supreme Court chose not to hear the case.  That cleared the way for the feeding tube to be removed and Terri finally died.  The lack of an Advanced Healthcare Directive allowed many lawyers to profit grandly!

The opposite scene played out when Luke Perry suffered a major stroke at 52.  He had a blended family…an ex-wife, two adult children from his first marriage and a fiancé with whom he had lived for 10 years.  They were all at his bedside when the doctors diagnosed him as brain dead,  turned off his life support system and they watched him take his last breath. They were able to hug, kiss and cry together.  Why?  Mr. Perry had made the decision for them with a Living Will.

If you’re in your 60s and still don’t have a legal document stating what you want to happen when you’re incapacitated, I suggest you call your attorney today.