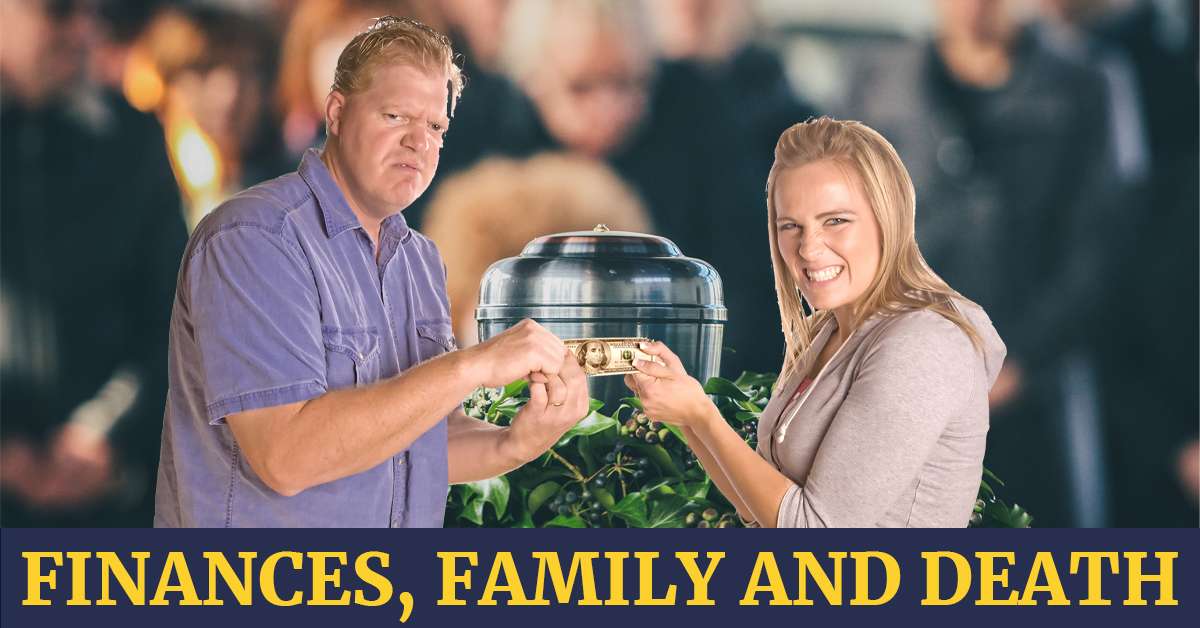 Money conversations among family members can be a monster rearing its ugly head.  Although Durable Powers of Attorney (DPOA) are in place which allow for shared responsibility and shared communication, it’s not enough.

Whether there is $50 million or $5000 in a decedent’s estate, the money battles can be vicious.  It’s almost always family members and as one who has witnessed it, it becomes a war that often tears families apart.  All this happens after “the death”. What I’ve experienced is that all is well until the division of assets begins.  When my paternal grandmother died with no money, there were hard feelings about who got her rocking chair, or dresser, or bed… it’s human nature.  When my parents died my brother and I were co-executors and we worked very hard to agree on a fair division of assets.  And, I found out, it’s not easy.  I truly believed I should have a small stipend for all the legal work I’d done – guess what, no one else did.  I shut up.  Family is more important.

The other slippery slope is managing finances while the loved one is alive but cognitively impaired.  We all know there are family members, friends and care takers who will try to manipulate Elders into giving them private gifts, be it through money, credit card purchases, a new car, or an addition to the will.  Proving “undue influence” in a court of law is difficult and costly, hence I suggest financial transparency among the stakeholders from the beginning.

Here is what I did when I handled my parent’s accounts.  I was a signatory on their bank and stock accounts.  I placed all their accounts online and added my brother to the online account which allowed him to sign in and check the money.  I had no obligation to do that under the DPOA, but felt it was a good way to keep me honest and him involved.  I call it an informal transparency.

Try as I might, I don’t understand what it is that makes children, nieces, nephews feel as though they are entitled to their parent’s money, but we do.  Even Warren Buffet, Bill and Melinda Gates and others who pledged to give away the bulk of their estate to foundations have reportedly left their beneficiaries at least one billion dollars each! That’s a nice present.  In comparison Mom and Dad left a teeny, tiny amount and the Will divided it evenly among the three children.  After the creditors got their share, we divided it.  As Marge Schott, Owner of the Cincinnati Reds from 1984 to 1999 said,